"Marrenon, the cooperative model that has proven itself" in the magazine Le Vigneron. Find the complete interview of Philippe Tolleret, Oenologist and General Manager of Marrenon. 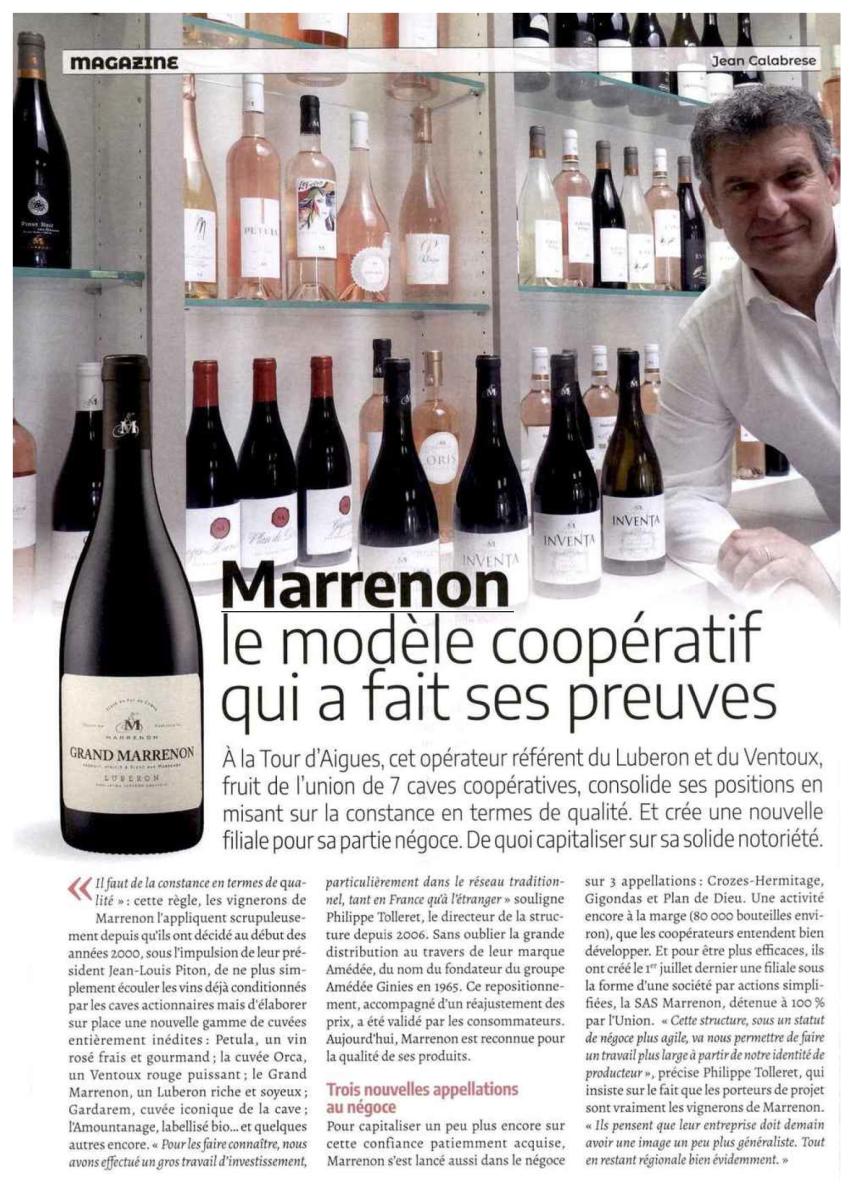 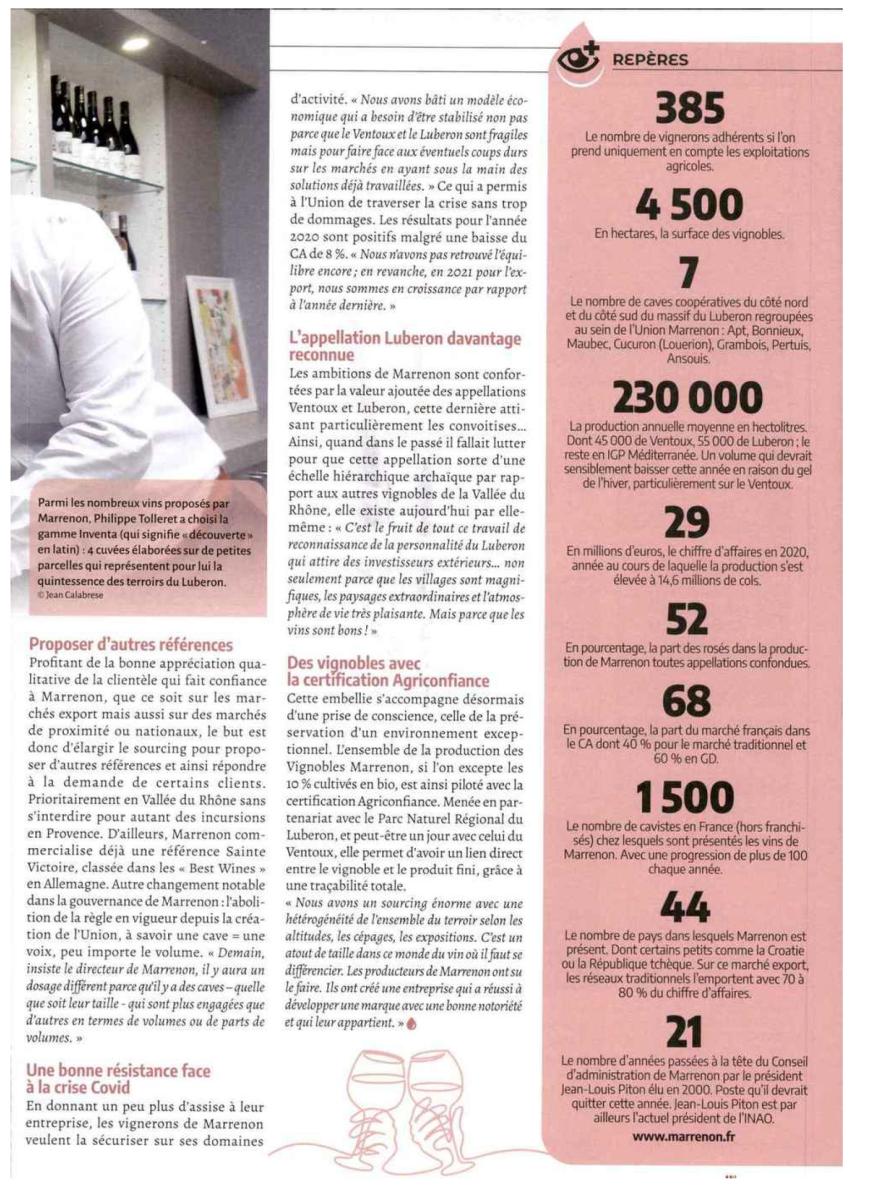 In total, seven wineries with 4,200ha belong to Marrenon. The wineries are distributed in the southern and northern part of the Luberon, in the towns of Pertuis, Grambois, Cucuron, Ansouis, Bonnieux, Apt and Maubec. Instead of the traditional system, one winery = one vote, Marrenon pays attention to the quantity produced, as well as the commitment of each winery.

Marrenon is also a member of the Agriconfiance Group, which has developed five guidelines for the work of cooperatives in all agricultural sectors. Thus, the transparency and traceability of production and final products, the support of French companies and, above all, the local economy, the fair working conditions and the respectful work towards nature are in the foreground.

During the last year, the Marrenons range, with unique cuvées such as Orca, Petula and the Grand Marrenons, has been expanded to include three Côte du Rhône appellations: Gigondas, Crozes-Hermitage and the Plan de Dieu. The winegrowers union distributes 68% of its wines in France, the other part is exported to 44 countries worldwide.

For years, Marrenon has been synonymous with consistently high quality, thanks in no small part to oenologist and managing director Philippe Tolleret, who, along  with president Jean-Louis Piton, has been in charge since 2006.